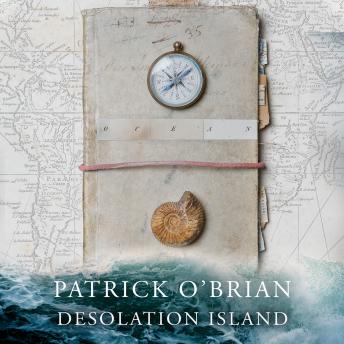 On Desolation Island, with the known world out of reach, uneasy alliances are sometimes forged…
Captain Bligh, of Bounty fame, is now governor of New South Wales and facing mutiny anew, having lost the support of local settlers. Jack Aubrey is commissioned to come to his rescue. With a beautiful but dangerous spy on board, along with an unwelcome hold full of convicts, and war with America brewing, can Captain Jack Aubrey reach Australia in one piece?

Outmanned and outgunned in a thrilling chase through an Antarctic storm, the crew of HMS Leopard discover they have become the quarry not the hunter.

‘What is so gripping about O’Brian’s novels is the completeness with which he invents a world which is our own and not our own . . . O’Brian is a brilliant observer.’
A. S. BYATT, Evening Standard


‘I fell in love with his writing straightaway. It wasn’t primarily the Nelson and Napoleonic period, more the human relationships . . . It’s about friendship, camaraderie. Jack Aubrey and Stephen Maturin always remind me a bit of Mick and me.’
KEITH RICHARDS