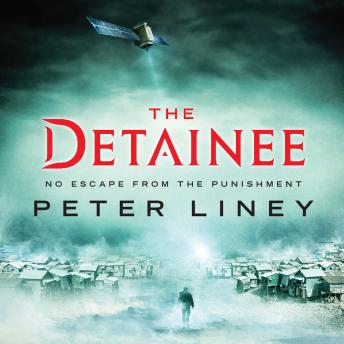 Peter Liney honed his strong narrative skills and attention to detail during his long career as a writer of German, Australian, British, and South African television and radio programs. In his debut novel, The Detainee, Liney has created a dystopian world in which the state has gone bust and can no longer support its weakest members.

The Island is a place of hopelessness. The Island is death. And it is to this place that all the elderly and infirm are shipped, the scapegoats for the collapse of society. There's no escape, not from the punishment satellites that deliver instant judgment for any crime--including escape attempts--and not from the demons that come on foggy nights, when the satellites are all but blind. But when one of the Island's inhabitants, the aging 'Big Guy' Clancy, finds a network of tunnels beneath the waste, there is suddenly hope--for love, for escape, and for the chance to fight back.