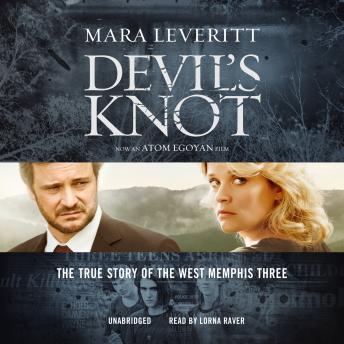 “Free the West Memphis Three!”—maybe you’ve heard the phrase, but do you know why their story is so alarming? Do you know the facts?
The guilty verdicts handed out to three Arkansas teens in a horrific capital murder case were popular in their home state—even upheld on appeal. But after two HBO documentaries called attention to the witch-hunt atmosphere at the trials, artists and other supporters raised concerns about the accompanying lack of evidence. Now, award-winning journalist Mara Leveritt provides the most comprehensive look yet into this endlessly shocking case.
For weeks in 1993, after the murders of three eight-year-old boys, police in West Memphis, Arkansas, seemed stymied. Then suddenly detectives charged three teenagers—alleged members of a satanic cult—with the killings. Despite stunning investigative blunders, a confession riddled with errors, and an absence of physical evidence linking any of the accused to the crime, the teenagers were tried and convicted. Jurors sentenced Jason Baldwin and Jessie Misskelley to life in prison. They sentenced Damien Echols, the accused ringleader, to death. Ten years later, all three remain in prison. Here, Leveritt unravels this seemingly medieval case and offers close-up views of its key participants—including one with an uncanny knack for evading the law.