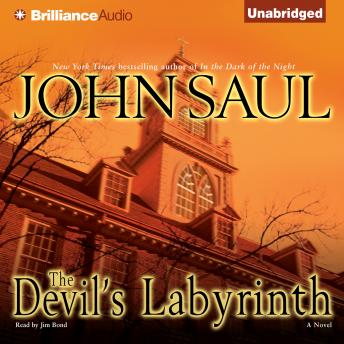 After his father's untimely death sends fifteen-year-old Ryan McIntyre into an emotional tailspin, his mother enrolls him in St. Isaac's Catholic boarding school, hoping the venerable institution with a reputation for transforming wayward teens can work its magic on her son. But troubles are not unknown even at St. Isaac, where Ryan arrives to find the school awash in news of one student's violent death, another's mysterious disappearance, and growing incidents of disturbing behavior within the hallowed halls. Things begin to change when Father Sebastian joins the faculty. Armed with unprecedented knowledge and uncanny skills acquired through years of secret study, the young priest has been dispatched on an extraordinary and controversial mission: to prove the power of one of the Church's most arcane sacred rituals, exorcism. Willing or not, St. Isaac's most troubled students will be pawns in Father Sebastian's one-man war against evil - a war so surprisingly effective that the pope himself takes notice of the seemingly miraculous events unfolding an ocean away. But Ryan, drawn ever more deeply into Father Sebastian's ministrations, sees - and knows - otherwise. As he witnesses with mounting dread the transformations of his fellow pupils, his certainty grows that forces of darkness, not divinity, are at work. Evil is not being cast out...something else is being called forth. Something that hasn't stirred since the Inquisition's reign of terror. Something nurtured through the ages to do its vengeful masters' unholy bidding. Something whose hour has finally come to bring hell unto earth.