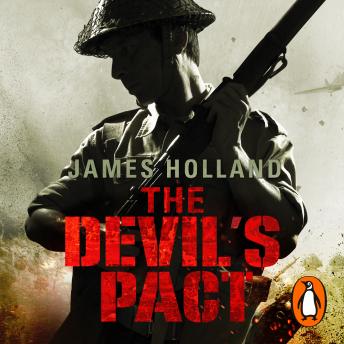 July, 1943.With North Africa secured, the Allies launch an invasion of Sicily, and the 2nd Battalion, King’s Own Yorkshire Rangers are in the van of the assault on the Italian beaches.

But promotion to Company Commander has brought him fresh trouble for Jack Tanner. Not only has his new Battalion Commander decided to make his life as difficult as possible, they soon find themselves battling against some of the toughest, most determined troops in the Wehrmacht.

In the bitter fighting that follows, Tanner witnesses a new reality. Rule books are thrown away. Previously outlaws, the Sicilian mafia are now supposedly fighting on the side of the Allies, but instead are making the lives of ordinary Italians a misery.

As Tanner and his crew battle their way across the battle-scorched islands, it becomes clear that it is not just the Mafia who are playing dirty. In the quest to force Italy out of the war, brutal choices have been made – and in the process the difference between right and wrong has become horribly blurred.

Forced to question the cause for which they have fought so long, Tanner and his trusted sidekick, Sykes, find themselves embroiled in a deeply personal fight, in which they have to use all their resolve, skill and experience if they are to stand any chance of survival…