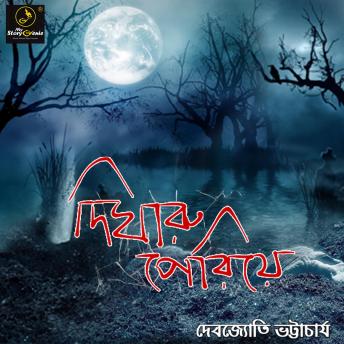 Mr Bhattacharya, a manager in sawmill was sent to a forward post at 'Tezu' in Arunachal Pradesh to take stock of the felling and seasoning operations of freshly cut timber. Apparently the presiding manager at that post had gone missing suddenly under mysterious circumstances which had considerably slowed down the operation before the arrival of the fearsome monsoon that feed the hilly brooklets, thereby converting those water bodies into monstrous and ominous swirls of water columns. During those months, the monsoon fed rivers generate unbeatable ferocious whirlpool of under currents that blow everything in their path to smithereens at the blink of an eye. The notoriety of the local river 'Digharu' during the monsoon was the stuff of local legends and the newly appointed manager wanted to avoid confrontation with that deadly natural fury at any cost.
But the local supervisor - 'Gitesh Bargohanchi' was proving to be drag as he refused to comply with orders to move operations downstream across the river quickly as he was scared about some supernatural riverine phenomenon that had been apparently snatching lives of porters in plenty. The new manager took charge of the situation head on and adopted tough measures to force compliance in his attempt to expediting work before the deadline. But he realized soon that he was coming under the influence and spell of some unknown and unexplained ex factor that could potentially prove life threatening to Bargohanchi.
What was this ex factor and what sinister motive was it harboring??
Tune in to the supernatural suspense thriller from 'MyStoryGenie' Bengali Audiobooks series and placate your ear and mind after a days hard work !