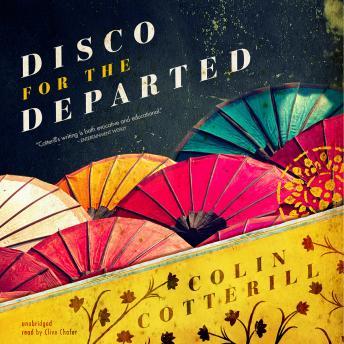 Disco for the Departed

Dr. Siri Paiboun is summoned to the mountains of Huaphan Province, where for years the leaders of the current communist government hid in caves, waiting to assume power. Now a major celebration of the new regime is scheduled to take place, but an arm is found protruding from the concrete walk laid from the president’s former cave hideout to his new house beneath the cliffs. Siri must supervise the disinterment of the body attached to the arm, identify it, and determine the cause of death.
The autopsy provides some surprises, but it is his gifts as a shaman that enable the seventy-three-year-old doctor to discover why the victim was buried alive and to identify the killer.

Disco for the Departed