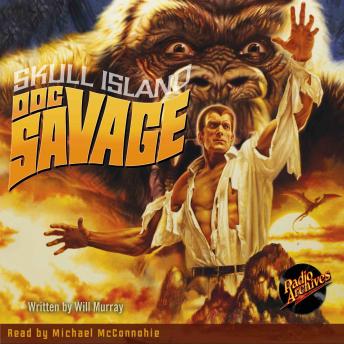 Two of the greatest legends of the 1930s were Doc Savage, the Man of Bronze, and King Kong, the Eighth Wonder of the World. Both made their memorable debuts within weeks of one another early in 1933. It is rare that legends ever meet. For when legends do meet, they often clash, and the consequences can be catastrophic. Skull Island tells the previously untold tale of just such a momentous encounter. Doc Savage returns from his Fortress of Solitude to discover the cold corpse of a titanic ape lying on the cracked sidewalk of his skyscraper headquarters. He tells his stunned men, "I know this creature." Tasked to dispose of the remains, the Man of Bronze relates the previously untold story of how he and his father once embarked on a quest for Doc's missing grandfather, legendary mariner Stormalong Savage, and discovered Skull Island, a prehistoric wonderland ruled by the monarch of all monsters-King Kong!