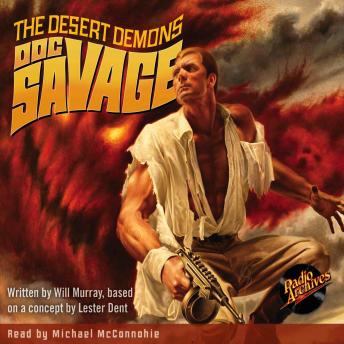 Out of a clear, sun-heated sky, they materialized, clouds such as man had never seen before. Red as blood, tumultuous, boiling, coming from none knew where and carrying an awful and mysterious death. These were the Copper Clouds. Doc Savage sends out an urgent message to his men, calling for them to assemble Los Angeles. For his adventurous cousin, Patricia Savage, has gone missing, reportedly a victim of the seemingly-sentient clouds that descended to earth to consume at will. Men and machines alike fall victim to these Desert Demons who leave behind only a pile of salt as the remains of their grisly meals. From Hollywood, California to the torrid, alligator-infested heart of Florida, the Man of Bronze and his two-fisted team track monsters so strange they seem not of this world