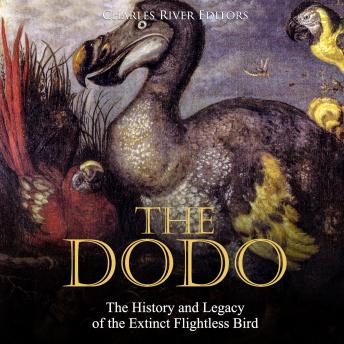 Dodo, The: The History and Legacy of the Extinct Flightless Bird

“The Dodo never had a chance. He seems to have been invented for the sole purpose of becoming extinct and that was all he was good for.” – Willy Cuppy, 19th century American humorist and literary critic

At one point or another, just about everyone has heard of the dodo bird, which is almost universally described as a cuddly, whimsical creature renowned for its alleged stupidity. This prehistoric avian had been known for hundreds of years before it was made popular around the world in Lewis Carroll’s 1865 classic, Alice's Adventures in Wonderland. The character, the Dodo, satirized the author himself - according to pop culture lore, Carroll, whose real name was Charles Lutwidge Dodgson, regarded the dodo as his spirit animal due to his alleged stutter, which led to him often presenting himself as “Do-do-dodgson.” Carroll was also a frequent patron of the Oxford Museum of Natural History, which served as a fount of inspiration for his memorable anthropomorphic characters.

The 1951 Disney animation, Alice in Wonderland, breathed new life into Carroll's Dodo, portrayed as a plump, peach-faced creature with a bulbous pink beak, clad in a purple waistcoat, a powdered wig, and a pipe dangling out of his beak. Like its real-life counterparts, the Dodo was depicted as a flightless bird who crossed paths with Alice, bobbing along inside of a bottle upon the open sea. Owing to its inability to fly, the Dodo uses an upside-down toucan as his boat, and the Dodo is being maneuvered by a green hawk furiously flapping its wings, serving as the boat's propeller.

The dimwitted, carefree dodo also made various appearances in film and TV shows over the years, such as Yoyo Dodo in the 1938 black-and-white animation Porky in Wackyland, the short-lived stop-motion animated series Rocky and the Dodos, and the 2002 animated film Ice Age, which depicts the dodos as a silly, clumsy troop of birds who fail to guard three small watermelons.

Dodo, The: The History and Legacy of the Extinct Flightless Bird