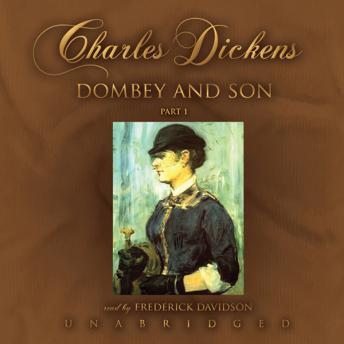 Paul Dombey is a wealthy shipping merchant and formidable patriarch who runs his family with the same cold calculation he applies to his business. Evaluating his children's worth by what he thinks they can add to his bottom line, he dotes on the son he hopes to make his heir, while neglecting his affectionate elder daughter. But through his pride and selfishness, Dombey is sowing the seeds of his own destruction. Once his heart is broken, can it finally be redeemed?
A sensitive family drama infused with social and moral commentary, Dombey and Son combines grim psychological realism with Dickens' faith in the redemptive power of love.

This title is due for release on November 12, 2007
We'll send you an email as soon as it is available!