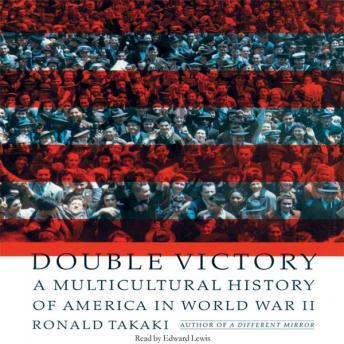 In Double Victory, a broad spectrum of American voices emerges to illustrate the country's multicultural struggles and victories during World War II. We hear from a Japanese-American at an internment camp; a Native American code breaker using the Navajo language for the first time; a Mexican-American woman, "Rosarita, the riveter," who was able to work a job during wartime other than as a housecleaner or a maid. Takaki also considers the racial biases that influenced important American government actions during the war, like the bombing of Hiroshima and the refusal to admit Jews into the US. Double Victory clearly demonstrates that World War II helped to transform American society and advance the cause of multiculturalism throughout the country.