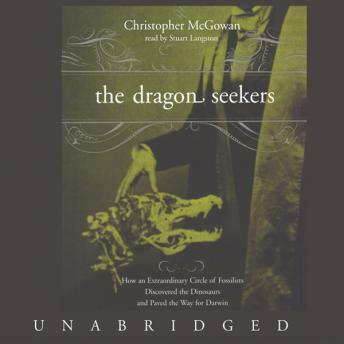 The Dragon Seekers: How an Extraordinary Circle of Fossilists Discovered the Dinosaurs and Paved the Way for Darwin

In the midst of the Industrial Revolution, an extraordinary group of scientists struggled to make sense of a mysterious, prehistoric world—a world that they had to piece together from the fossilized, fragmentary remains of animals no one had ever seen.
These nineteenth-century pioneers were an eccentric lot that included a working-class woman, an Oxford professor with a theatrical bent, a crisis-ridden country doctor who was never quite accepted among London’s scientific elite, and an expert anatomist who once dissected a rhino in his living room.
These were the Dragon Seekers, the people who brought the myths to life and whose work, within a populace raised on a literal interpretation of Genesis, laid the groundwork for the revolutionary ideas of Darwin.

Dragon Seekers: How an Extraordinary Circle of Fossilists Discovered the Dinosaurs and Paved the Way for Darwin

This title is due for release on December 11, 2008
We'll send you an email as soon as it is available!