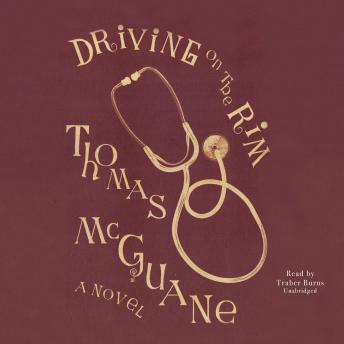 Driving on the Rim

The unforgettable voyager of this dark picaresque is I. B. "Berl" Pickett, MD, whose die was probably cast the moment his mother thought to name him after Irving Berlin. Other insults piled on apace thereafter: the spasms of Pentecostal Sunday worship; the social debilitation of following his parents' itinerant rug-shampooing business; the erotic initiation at the hands of his aunt. It's hard to imagine what would have become of him had he not gone to medical school. But there must be meaning to existence beyond professional accreditation, and though scantly equipped, Berl Pickett has been on a mission to find it, despite being charged with negligent homicide in the death of his former lover, a business that lays bare the true benefits of small-town living.

Driving on the Rim