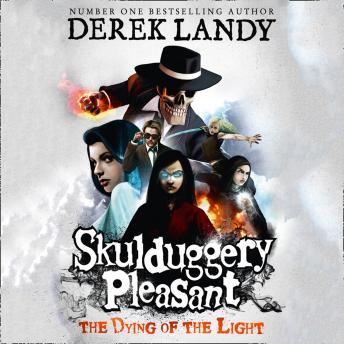 The Dying of the Light


Valkyrie. Darquesse. Stephanie. The world ain’t big enough for the three of them. The end will come…


The War of the Sanctuaries has been won, but it was not without its casualties. Following the loss of Valkyrie Cain, Skulduggery Pleasant must use any and all means to track down and stop Darquesse before she turns the world into a charred, lifeless cinder.


And so he draws together a team of soldiers, monster hunters, killers, criminals… and Valkyrie’s own murderous reflection.


The war may be over, but the final battle is about to begin. And not everyone gets out of here alive…