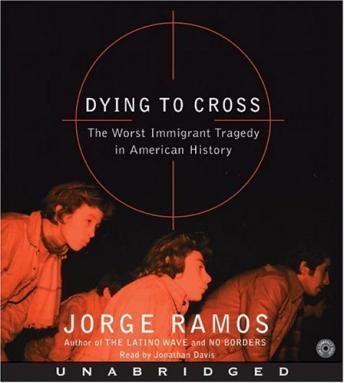 Dying to Cross: The Worst Immigrant Tragedy in American History

On May 14, 2003, a familiar risk-filled journey, taken by hopeful Mexican immigrants attempting to illegally cross into the United States, took a tragic turn. Inside a sweltering truck abandoned in Texas, authorities found at least 74 people packed into a "human heap of desperation." After months of investigation, a 25-year-old Honduran-born woman named Karla Chavez was found responsible for leading the human trafficking cell that led to this grisly tragedy in which 19 people died.

Through interviews with survivors who had the courage to share their stories and conversations with the victims' families, and in examining the political implications of the incident for both U.S. and Mexican immigration policies, Jorge Ramos tells the story of one of the most heartbreaking episodes of our nation's turbulent history of immigration.

Dying to Cross: The Worst Immigrant Tragedy in American History