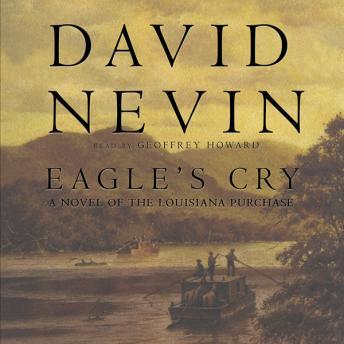 Eagle's Cry: A Novel of the Louisiana Purchase

French Emperor Napoleon Bonaparte, whose thirst for power cannot be quenched, has gained control of New Orleans, a move that gives him potential mastery of the Mississippi River Valley. A country as strong as France could stop America’s free-trade market from growing along the great waterway. American businesses have begun to thrive on the Mississippi, including that of the widow of Danny Mobry, a shipping tycoon and one of the most sought-after women in New Orleans and Washington.
As France forces the young nation’s hand economically and politically, there is a movement in the Northeast to turn toward England. Such a move could bring those states back under the colonial yoke they just shook off. Suddenly the United States is a global nation, as the greatest minds and visionaries of a young America struggle to hold it all together.

Eagle's Cry: A Novel of the Louisiana Purchase