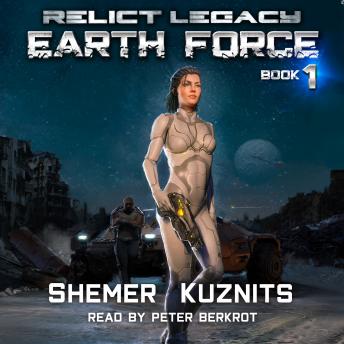 On the first day, a mist descended from the heavens blanketing earth.On the second day, a cryptic message, “Infusion commencing,” appeared in the corner of everyone’s eyes.On the third day, the sick were healed and the crippled walked again.On the fourth day, celebration and joy spread across the globe.And on the fifth day, the warping began …

There was no warning. A mist descended from the sky, disabling all technology and causing a weird message to appear at the corner of everyone’s eye. The situation grew even worse as animals and people started to warp, transforming into terrible monsters that prey on the livings. Within months, human civilization had crumbled.

Unable to fight the seemingly indestructible beasts, the survivors are reduced to cowering in reinforced shelters. Waiting for the end to come. Helpless. All seemed lost until a few brave souls discovered the secret of their new reality: the Tec and how to use it to level up.

Together they represent humanity’s last best hope for salvation. But they first must find the answers to the mystery of their new existence. Their journey will require them to quickly adapt to alien technology, operate strange spaceships, and even befriend an extraterrestrial merchant with an inferiority complex.