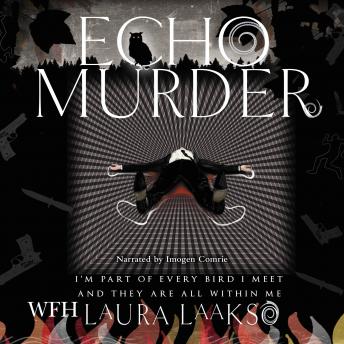 Yannia Wilde returns to the Wild Folk conclave where she grew up, and to the deathbed of her father, the conclave's Elderman. She is soon drawn back into the Wild Folk way of life and into a turbulent relationship with Dearon, to whom she is betrothed. Back in London, unassuming office worker Tim Wedgebury is surprised when police appear on his doorstep with a story about how he was stabbed in the West End. His body disappeared before the paramedics' eyes. Given that Tim is alive and well, the police chalk the first death up to a Mage prank. But when Tim "dies" a second time, Detective Inspector Jamie Manning calls Yannia and, torn between returning to the life she has built in Old London and remaining loyal to the conclave and to Dearon, she strikes a compromise with the Elderman that allows her to return temporarily to the city. There she sets about solving the mystery of Tim's many deaths with the help of her apprentice, Karrion. They come to realise that with every death, more of the echo becomes reality, and Yannia and Karrion find themselves in increasing danger as they try to save Tim. Who is the echo murderer? What sinister game are they playing? And what do they truly want?