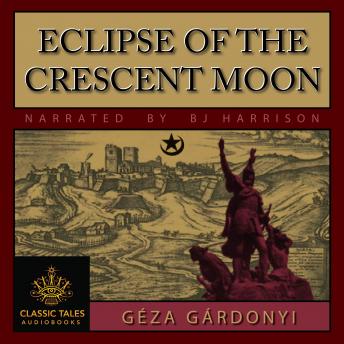 Eclipse of the Crescent Moon

In 1541,the crown of Hungary is up for grabs. King John, seeing that the Austrians were attacking with an innumerable force, petitions the Turks for assistance. King John then dies, leaving an infant son. While the Turkish army was en route, the Hungarians rally their forces, and beat back the Austrians themselves. Then, just as the Austrians are beating their final retreat, the main Turkish army arrives at the castle in Buda. And among their number is the sultan himself

Eclipse of the Crescent Moon