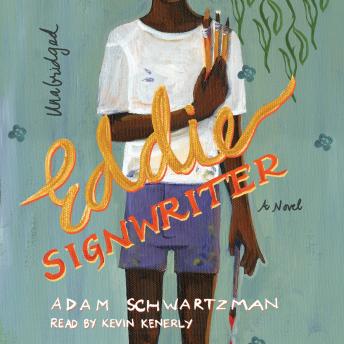 This stunning novel—its power and prose evocative of such diverse writers as Faulkner, Ondaatje, Nabokov, and Coetzee—is about a young African’s international odyssey of self-discovery. At its center is Kwasi Edward Michael Dankoh—Eddie Signwriter to his clients—a twenty-year-old painter of murals and billboards in the city of Accra, Ghana, who is buffeted by forces beyond his control and understanding as he is swept up by the passions and machinations of others. Struggling with a forbidden relationship, banished from school, held responsible for the death of a notable woman in the community, Eddie flees overland to Senegal and then, illegally, to France, determined to find a new life for himself among the immigrant communities of Paris. Following him across magnificently rendered African lands into precincts of Paris, where the city of light shows a darker aspect, Eddie Signwriter gives us a spellbinding tale of rootlessness and desire, of disgrace and redemption, of politics both personal and global, of art and love. Empathic, wise, deeply humane, and luminously written, it is a novel of great importance and Adam Schwartzman a writer of great promise.

“Each twist in this ambitious, accomplished novel plays with the trickery of resolution: the evanescent often resurfaces, while the seemingly permanent vanishes without warning.  Eddie Signwriter is a book of fleeting hours. Nostalgic scenes of blossoming love between Eddie and Celeste hearken to the brief, sun-spangled summers of Nabokov’s Ada, where another forbidden affair took root; they also recall Hawthorne’s dim forest in The Scarlet Letter, whose clandestine companions linger for ‘another, and another, and, after all, another moment.’”—Los Angeles Times