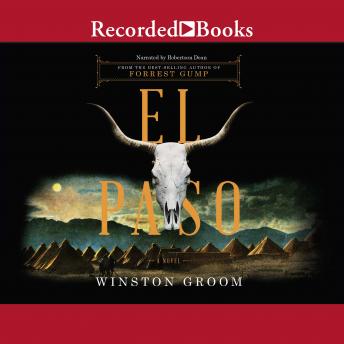 Three decades after the first publication of Forrest Gump, Winston Groom returns to fiction with this sweeping American epic. Long fascinated with the Mexican Revolution and the vicious border wars of the early twentieth century, Winston Groom brings to life a much-forgotten period of history in this sprawling saga of heroism, injustice, and love. An episodic novel set in six parts, El Paso pits the legendary Pancho Villa, a much-feared outlaw and revolutionary, against a thrill-seeking railroad tycoon known as the Colonel, whose fading fortune is tied up in a colossal ranch in Chihuahua, Mexico. But when Villa kidnaps the Colonel's grandchildren in the midst of a cattle drive, and absconds into the Sierra Madre, the aging New England patriarch and his adopted son head to El Paso, hoping to find a group of cowboys brave enough to hunt the Generalissimo down. Replete with gunfights, daring escapes, and an unforgettable bullfight, El Paso, with its textured blend of history and legend, becomes an indelible portrait of the American Southwest in the waning days of the frontier.

This is the 3rd book I’ve listened to by Winston Groom, and I was a little unsure at first if I should listen to it. But I must say it is one of the best books I’ve listened to in a long time! A fantastic story beautiful told and masterfully narrated by Robertson Dean. It grabs you right from the beginning and doesn’t let you go! Martin