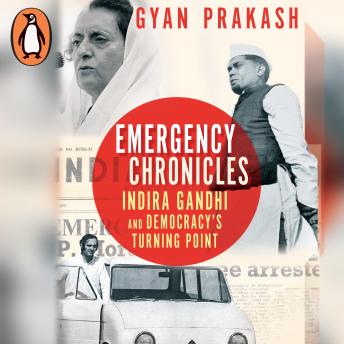 As the world once again confronts an eruption of authoritarianism, Gyan Prakash's Emergency Chronicles takes us back to the moment of India's independence to offer a comprehensive historical account of Indira Gandhi's Emergency of 1975-77. Stripping away the myth that this was a sudden event brought on solely by the Prime Minister's desire to cling to power, it argues that the Emergency was as much Indira's doing as it was the product of Indian democracy's troubled relationship with popular politics, and a turning point in its history.

Prakash delves into the chronicles of the preceding years to reveal how the fine balance between state power and civil rights was upset by the unfulfilled promise of democratic transformation. He explains how growing popular unrest disturbed Indira's regime, prompting her to take recourse to the law to suspend lawful rights, wounding the political system further and opening the door for caste politics and Hindu nationalism.