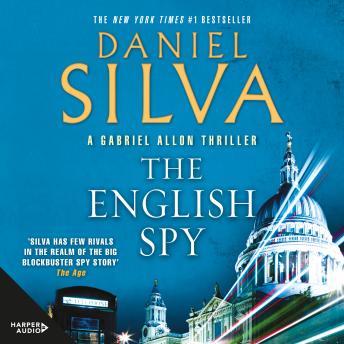 She is an iconic member of the British Royal Family, beloved for her beauty and charitable works, resented by her former husband and his mother, the Queen of England. When a bomb explodes aboard her holiday yacht, British intelligence turns to one man to track down her killer: legendary spy and assassin Gabriel Allon.

Gabriel's target is Eamon Quinn, a master bomb maker and mercenary of death who sells his services to the highest bidder. Fortunately Gabriel does not pursue him alone; at his side is Christopher Keller, a British commando turned professional assassin who knows Quinn's murderous handiwork all too well.

And though Gabriel does not realize it, he is stalking an old enemy - a cabal of evil that wants nothing more than to see him dead. Gabriel will find it necessary to oblige them, for when a man is out for vengeance, death has its distinct advantages ...

'In erudition, action and temperament, Silva has made Allon the modern-day covert warrior extraordinaire' Kirkus Reviews