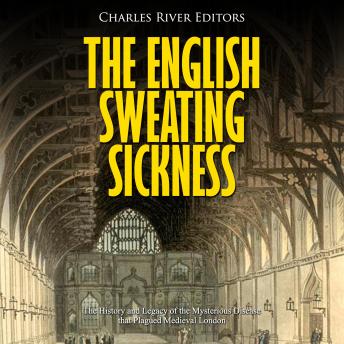 English Sweating Sickness, The: The History and Legacy of the Mysterious Disease that Plagued Medieval London

The plague, for all its horrors, became a known quantity that moved through a predictable progression, so by the 15th century, citizens learned to go on with their lives resigned to the fact that these curses seemed inescapable. However, in the mid-15th century, a new “febrile” disease of an entirely unknown cause struck again in Britain in a series of erratically paced and lethal outbreaks between 1485 and 1551. Confined almost entirely to England, the new and unfamiliar wave of illness paled before the statistical destruction caused by the Black Death. However, what came to be known as the “English sweating sickness” reappeared through the decades in a stunning display of unpredictable timing and terrifying symptoms. The anxiety produced by its rapid and grim emergence rivaled that of the previous continental scourge. Surviving the disease offered no defense against reinfection, and what began as mild discomfort in the morning often left a victim dead by nightfall. The new plague’s arrival was indeed poorly timed for a country still recovering from the Black Death. To worsen the burden, respiratory diseases already stalked various communities throughout the British Isles, and a syphilis epidemic was widespread. Typhus and malaria were well known to larger Britain. All that the citizens of England knew was that the new peril was different, lacking the rash of typhus or the boils of bubonic plague, cold comfort at best. The new “sweating sickness” was not preying on Britain - only England.

In an uncustomary manner, the sweating sickness chose the aristocracy for its primary target rather than the usual assault on the poor. Worse for the wealthy and ruling class, including the royals, the sweating sickness uncharacteristically infiltrated the ranks of young men aspiring to high places in society and government. In turn, few men and women in their households were spared.

English Sweating Sickness, The: The History and Legacy of the Mysterious Disease that Plagued Medieval London