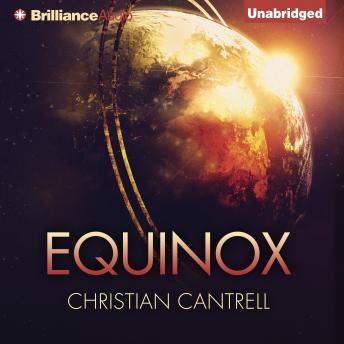 A delicate balance exists between humankind on Earth and the Coronians, the descendants of terrestrial scientists who were marooned aboard the space station Equinox. In exchange for raw materials crucial to expanding their off-world home, the Coronians provide precious space-based solar power to an Earth obscured by greenhouse gasses. But distrust runs deep between the two races, with each yearning for freedom from their mutual dependence yet both terrified of perishing without the other's help.

Now their future rests in the hands of Ayla Novik, an itinerant smuggler desperate to survive the menacing world in which she plies her trade, and Luka Mance, a drug-addicted technician determined to save his planet and his people from deadly betrayal by their extraterrestrial cousins. When Ayla makes a devil's deal to take human hostages in a Coronian power play, her mission sparks a revolt that will force an ultimate confrontation between earthbound and space-born...deciding once and for all whether two races will rise to coexistence or collapse in devastation.