Escape from the Land of Snows: The Young Dalai Lama's Harrowing Flight to Freedom and the Making of a Spiritual Hero 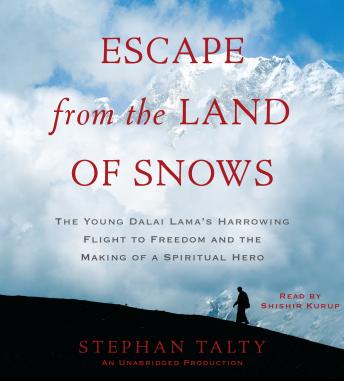 “A hair-raising tale of daring and escape.”—The Washington Post

In the early weeks of 1959, a bloody uprising gripped the streets of the Tibetan capital of Lhasa as ragtag Tibetan rebels faced off against their Communist Chinese occupiers. Realizing that the impending battle would result in a bloodbath and his own capture, the young Dalai Lama began planning an audacious escape to India, a two-week journey that would involve numerous near-death encounters, a dangerous mountain crossing, and evading thousands of Chinese soldiers who were intent on hunting him down. The journey would transform this naïve young man into one of the world’s greatest statesmen . . . and create an enduring beacon of hope for a nation.

Emotionally powerful and irresistibly page-turning, Escape from the Land of Snows is simultaneously a portrait of the inhabitants of a spiritual nation forced to take up arms in defense of their ideals, and the saga of a burgeoning leader who was ultimately transformed into the towering figure the world knows today—a charismatic champion of free thinking and universal compassion.

Escape from the Land of Snows: The Young Dalai Lama's Harrowing Flight to Freedom and the Making of a Spiritual Hero