Eternal Hunger: Mark of the Vampire 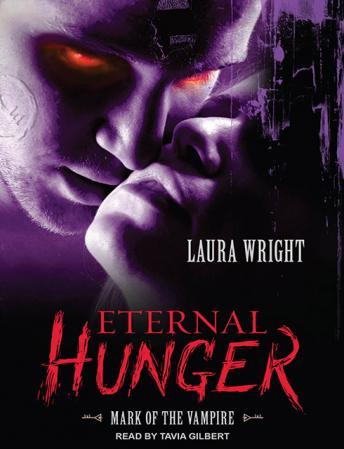 In the dark, fear and desire are one...

Alexander Roman wants nothing to do with the controlling rulers of his vampire breed or the family he escaped from a hundred years ago. But as a new threat to the pureblood vampires emerges, Alexander's ties to the past are forced upon him again, and without warning, he finds himself-disoriented, terrified, and near death-at the door of a stranger.

Dr. Sara Donahue is dedicated to removing the traumatic memories of her patients-like those of the stranger at her front door. But what he tells her of his past is too astonishing to believe. Yet she has seen his flesh scarred by the sun and witnessed his inhuman strength. And never before has she felt so connected to a man...

But as their worlds collide, Sara and Alexander are bound by something stronger, as one becomes hunter and the other, prey.

Eternal Hunger: Mark of the Vampire