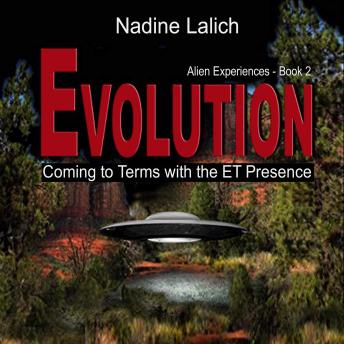 It was late on the evening of June 15, 1991, when Nadine and her friend, Pamela, pulled into the empty lot of Banjo Bill Park in Sedona, Arizona. After the long drive from California, they planned to sleep in the van and then head into town the next day. Sometime after midnight, Nadine awoke to the sound of people outside walking around the vehicle. Alarmed, she quickly sat up, and a moment later, the rear door of the vehicle opened lighting up the interior. Reaching toward her was a thin grey arm and a hand with only three fingers! The terrifying experience would be the first of many to come, but it would take many more years before she would find the courage to speak about it. When she did, an unexpected shift occurred: the experiences appeared to include a military presence. This book chronicles Nadine's experiences during her lifetime potentially involving non-human life forms, some of which appear to be physical and others potentially interdimensional. Although Nadine has not conclusively determined the exact nature of these events, in Evolution, she describes ten different non-human species, their behavior, and possible intentions. Also included are a dozen alien and military technologies observed, descriptions of crafts, underground and underwater bases, and medical/psychological testing procedures. In 2004, after years of secrecy, she began to openly investigate the ET abduction phenomenon and, over time, has come to believe that we are not alone in the universe.