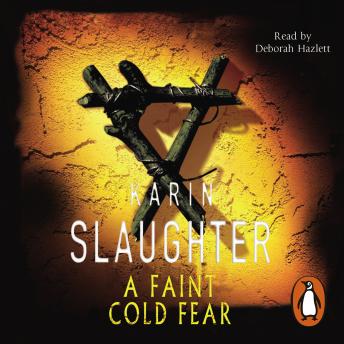 A suicide on a college campus.
A tragic case with a simple resolution.

But for medical examiner Sara Linton, it just doesn't add up. When two more suspicious deaths follow and a young woman is brutally attacked, it becomes clear that she's looking for a murderer.

The college authorities are reluctant to cooperate and Sara isn't any closer to finding the answers she needs.

With the violence triggering memories of a past she'd rather forget and the clues pointing ever closer to home, can she uncover the truth in time to save the next victim?

Crime and thriller masters know there's nothing better than a little Slaughter:

'I'd follow her anywhere' GILLIAN FLYNN
'One of the boldest thriller writers working today' TESS GERRITSEN
'Her characters, plot, and pacing are unrivalled' MICHAEL CONNELLY
'Passion, intensity, and humanity' LEE CHILD
'A writer of extraordinary talents' KATHY REICHS
'Fiction doesn't get any better than this' JEFFERY DEAVER
'A great writer at the peak of her powers' PETER JAMES
'Raw, powerful and utterly gripping' KATHRYN STOCKETT
'With heart and skill Karin Slaughter keeps you hooked from the first page until the last' CAMILLA LACKBERG
'Amongst the world's greatest and finest crime writers' YRSA SIGURÐARDÓTTIR