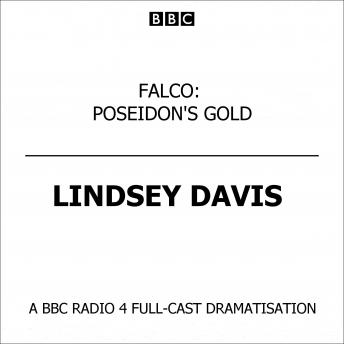 Returning to Rome after his mission to Germania, Falco finds that his mother is being harassed by a centurion named Censorinus, who says he is chasing a debt owed to him by Falco's brother Festus. Censorinus claims that Festus was involved in a syndicate, shipping valuable statues from Greece - and that even when his ship sunk, Festus had guaranteed that everyone in the group would get their money back. Now, however, Festus is dead, and Falco knows he didn't leave a legacy. When Falco refuses to cough up any money, he and Censorinus end up fighting... and later, the centurion turns up dead. Under suspicion of murder, Falco must confront his past and uncover his brother's secrets before he can clear his name and solve the mystery. Following on from BBC Radio 4's hugely successful dramatisations of The Silver Pigs, Shadows in Bronze, Venus in Copper and The Iron Hand of Mars, this funny and fast-moving fifth story starring Anton Lesser, Anna Madeley and Trevor Peacock is a treat for all Falco fans.