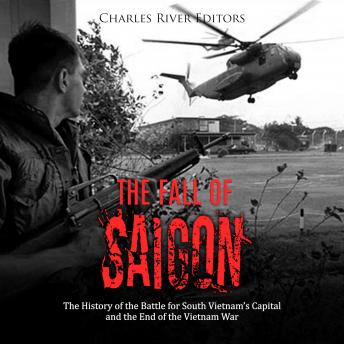 The Fall of Saigon: The History of the Battle for South Vietnam's Capital and the End of the Vietnam War

The Vietnam War could have been called a comedy of errors if the consequences weren’t so deadly and tragic. In 1951, while war was raging in Korea, the United States began signing defense pacts with nations in the Pacific, intending to create alliances that would contain the spread of Communism. As the Korean War was winding down, America joined the Southeast Asia Treaty Organization, pledging to defend several nations in the region from Communist aggression. One of those nations was South Vietnam.

Ripe for the plucking by North Vietnam, the country of South Vietnam found itself in an unenviable position in 1974. American forces rapidly withdrew, leaving only a few advisers and other personnel in place of the large forces deployed in the Southeast Asian theater until recently. President Gerald Ford and his staff, completely outmatched at the negotiations during the American retreat, parleyed from a position of weakness. The North Vietnamese gave essentially no useful concessions since they had no reason to, and they secured an American withdrawal without needing to remove their own advance units from South Vietnamese territory in return.

This lopsided agreement found a sort of echo in the military sphere. While the Americans left the South Vietnamese many artillery pieces, trucks, vehicles, helicopters, boats, and even tanks, the supply of fuel, ammunition, and spare parts withered away. With practically no money available, South Vietnam could not even partially offset the loss of American support through purchases of materiel from abroad. North Vietnam, by contrast, enjoyed the still robust support of both the USSR and China. A steady stream of tanks, prime movers, trucks, combat aircraft, anti-aircraft artillery, Sa.m. launchers, artillery, and all types of ordnance and ammunition arrived to support the communists.

This title is due for release on October 13, 2019
We'll send you an email as soon as it is available!