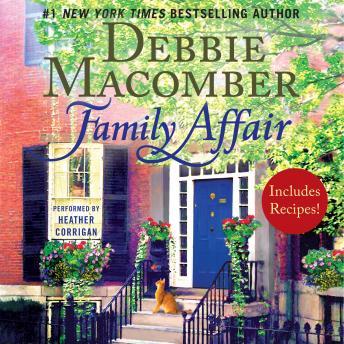 Lacey Lancaster has always longed to be a wife and mother. However, after a painful divorce, she decides it's time to lay low for a while in her charming San Francisco apartment with her beautiful Abyssinian cat, Cleo.

Everything would be wonderful, except for her utterly impossible neighbor Jack Walker. When he's not arguing day and night with his girlfriend, begging her to move in with him, he's chasing down his cat named Dog, who seems determined to get Cleo to succumb to his feline advances.

Then Lacey discovers the awful truth'Cleo is in the family way and Dog's to blame. She's furious that neither Jack nor his amorous animal seem too upset about the situation.

But Lacey learns that things are not quite as they seem. Jack's "girlfriend" is really his sister'and his intentions toward Lacey are very honorable. And though she's not quite sure about Dog, Lacey begins to discover the tender joy of falling in love all over again.