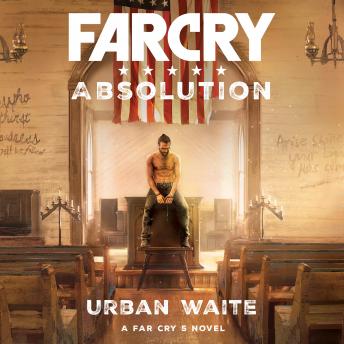 The official prequel to the latest instalment of the Far Cry video game series.

Hope County, Montana. Land of the free and the brave, but also home to a fanatical doomsday cult known as The Church of Eden's Gate that has slowly been infiltrating the residents' daily lives in the past years.

Mary May Fairgrave, a local barkeep, has lost almost everything to the Church: her parents died in suspicious conditions and her brother, entranced by the cult leader's charismatic words, has vanished. When the authorities refuse to investigate further, she decides to take matters in to her own hands.

Local hunter William Boyd was saved by Eden's Gate years ago, during the darkest moments of his life. When his duties lead him to cross paths with Mary May, the daughter of one of his old friends, he soon discovers that what is happening in the county is far from what he believed.

Up against an omniscient and dangerous adversary, Mary May stands little chance. But the unexpected intervention of William Boyd will change her journey - as well as his.