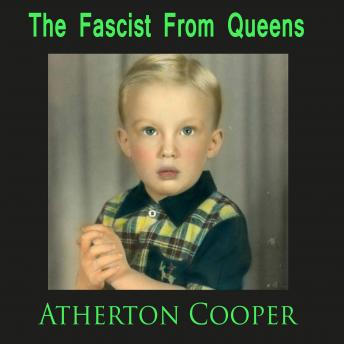 The Fascist From Queens

The Facist from Queens is a merchant of venom. He inspires,condons and encourages violence.
His self serving inflammatory rhetoric divides people by playing on their fears. Pitting them against each other to serve his objectives.
He is, of course, as all Facists are - Racist. If you are not the same color as he, you will be insulted,discraced, and, where possible, punished.
Accordingly the Facist from Queens is also homofobic. If you're gay,lesbian or transgender, to this Facist you are a genetic abberation that threatens his concept of morality. And, you wil be igonored and mis-treated to the greatest extent possible.
He is equally xenophobic. Curious, as he too comes from a family of immigrants.
As all Facists are, the Facist from Queens is toxically narcisisistic. He needs not just approval, but constant admiration and adulation. If you feed this Hubristic ego, you are his friend. Otherwise, you become not just an enemy, but 'an enemy of the people.'
This narcissim is also accompanyed by serial lying. As it must be for anyone recontructing reality to flatter themselves.
All the World is finally aware of the true colors of Donald John Trump.
What they are largely unaware of, are his past and present actions and the affect they are having, and will have on the World at large. Regardless if he is re-elected or not.
In his previous books on the Man Alexandria Ocasio Cortez has labelled 'the Mad King' -' Trump 2020 - The Candidates Non-Fake History' and 'Trump 2024 - The Ultimate Nightmare - Investigative Journalist Atherton Cooper peeled back the layers of illegal, immoral, and unethical activity that have characterized the Commander-in-Theifs Career.
Now, in this no holds barred exposè - he dives even deeper in the polluted waters of the swamp inhabited by the Facist from Queens.

This title is due for release on August 16, 2019
We'll send you an email as soon as it is available!