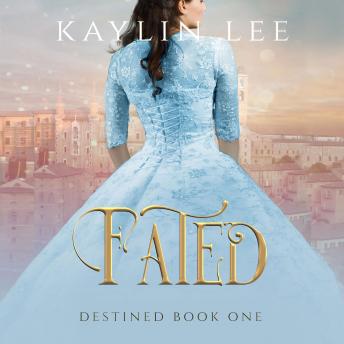 Narrated By: Lauren B. Leigh

Quiet, hardworking Cinderella will do anything to protect her family, but as her world comes crashing down, what if she's been the one in danger all along? Kick off this thrilling six-book fantasy series with a sweet-yet-suspenseful Cinderella retelling.

All Cinderella wants is to take care of her family.

After working tirelessly for five years to prove herself among the city’s elite, she’s about to graduate and win a coveted spot in city government. Then it all blows up in her face—literally.

A violent, anonymous force has been targeting commoners in horrifying attacks. Now they’ve set their sights on Cinderella. Either that, or she’s losing her mind. It doesn’t help that she’s falling for a mage who’s way out of her league.

Just as she manages to recover from the attack that left her scarred and traumatized, the city’s mysterious enemy destroys what’s left of her future. But when they go after her family, they cross the line. The whole city is in danger now.

How much is Cinderella willing to risk to save the city that has always hated her?

Fated: Cinderella’s Story is a magical fairy tale retelling filled with hope, sacrifice, and sweet romance. It’s the first book in the COMPLETED Destined series, a collection of overlapping fairy tale retellings all set in the same magical world. Each story is self-contained, with its own protagonist and satisfying happily-ever-after, but they also tell an overarching story.