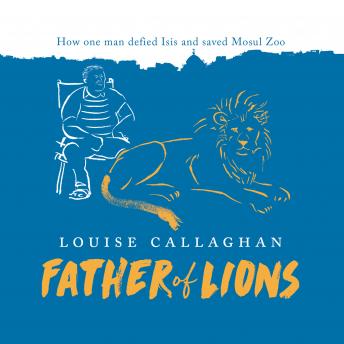 Between 2014 and 2017, the 'Islamic State' ruled the city of Mosul, in northern Iraq, killing 'traitors', destroying books and oppressing women. But miraculously, in a park on the eastern edge of the Tigris, a zoo was kept open. Father of Lions is the story of Mosul Zoo. It survived under the stern hand of Abu Laith, the zookeeper, a man with an interesting past and a lifelong animal lover. His real name was Imad, but for as long as he could remember everyone had called him by his nickname, Abu Laith - 'Father of Lions'. And the lions and bears survived not only two years of Isis occupation, but starvation and bombardment by liberating forces. As the animals began to starve, Abu Laith and his family and helpers went hungry to keep them alive. They risked their lives to pick through bins for leftovers in Isis-occupied neighbourhoods. In a final heroic effort, the surviving animals were smuggled out of Iraq in a daring rescue operation. This is a story of human decency in the midst of barbarism.