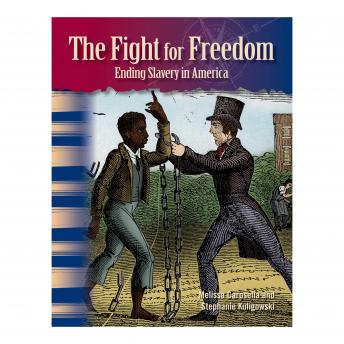 The Fight for Freedom: Ending Slavery in America

Slavery in America began in 1619. It destroyed countless lives and led to a war that nearly tore the country in half. Slaves were counted as 3/5 of a person and were treated as pieces of property. Many brave Americans fought to abolish slavery and to provide equality for all people. Harriet Tubman became a conductor for the Underground Railroad and led 300 people to freedom. President Abraham Lincoln emancipated the slaves and reunited the country. In 1869, Congress passed the Fifteenth Amendment to the United States Constitution, guaranteeing all men the right to vote. Congress also created the Freedmen’s Bureau to help former slaves find food, shelter, schools, and hospitals. Despite the great changes made, racism and injustice continued to exist and African Americans fought for equality for many years after slavery was banned.