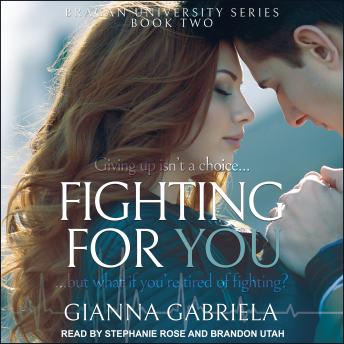 Jesse Falcon has dedicated his life to one cause: to fight against that which has taken so much from him.

He's learned the hard way that if you want something to be done, you have to do it yourself. No more waiting for others to make a difference. With football, a pre-med program, and a coveted internship, he has no time for anything or anyone else. The truth is, he doesn't think his barely healed heart can take it.

Despite his determination to remain distant, he soon finds a girl who will not only fracture that resolve but shatter it completely.

Zoe Evans is an average college student. She has a group of friends, and enough gossip lingers in the halls to make her days interesting. Her whole world changes in a heartbeat though-one blackout, and a week-long fever forces her into a battle she isn't prepared to fight. The odds are stacked against her. Will she have the strength to prevail?