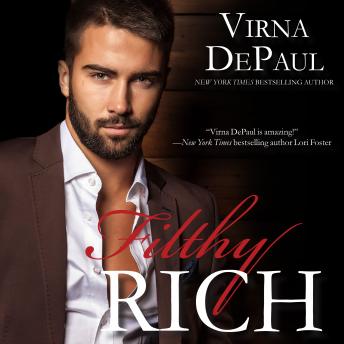 Cara Michal has had to fight every step of the way to earn her place in the glittering seven-figure world of Wall Street. Years ago her hardworking father, a small-time investment adviser, was wrongfully accused of fraud. Now Cara is at the top of her game, supporting not only herself but her mother and brother. The occasional night out dancing soothes Cara's soul, even as a bitter need for revenge against the man who destroyed her father makes inner peace elusive.

Then, in a moment of heat, Cara kisses a sexy stranger at a party-only later to discover that the man is Branden Duke, her new boss, an infamous operator with a wicked reputation in bed and on the Street. Branden is a man who seemingly has it all-except a woman who connects with him on a physical and emotional level. Now that he's found Cara, he's not sure he can let her go.

In spite of herself, Cara is drawn to this charismatic man. Their passion for each other is unquenchable, surprising them both with its ferocity. Even as Cara wonders if she can trust Branden, the ecstasy of their love cannot be denied. But when the past threatens the present, the two are faced with a truth from which they may never recover.