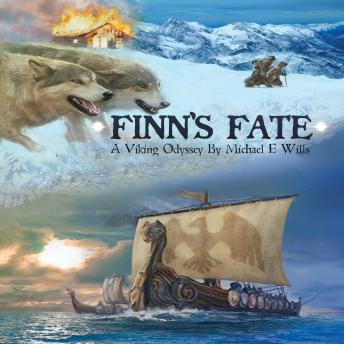 Finn’s Fate tells the story of three brothers in tenth century Scandinavia. Their home is north of the Arctic Circle in an isolated region populated by the Sami. The living is harsh and climate unforgiving. The young men decide to embark on a journey to find a better life. They undertake a lengthy journey through unfriendly and dangerous territory and their quest eventually leads them to join the crew of the Viking vessel “Ulf”, the wolf. Through storms and battles they support each other and become increasingly wealthy as they raid the unprotected villages and ports on the British coast. Their success leads them to a dangerous level of confidence and they embark on one raid too many. The brothers find themselves drawn in to a series of events from which not all of them can escape.