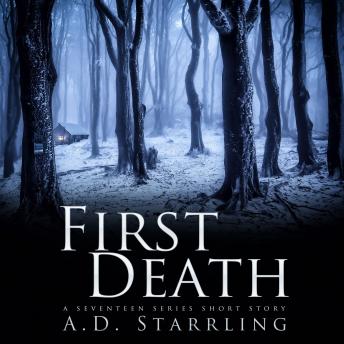 Discover where it all started...

1570. Carpathian Mountains, Moldavia. Ten-year-old Lucas's life is a simple but happy one. All that changes when the Hunters finally track down his whereabouts.

Forced to bear witness to horrific scenes that forever shatter his innocence, he discovers the shocking secret behind his less than ordinary existence. What follows is a fight for survival that will define the nature of a boy bound to an incredible destiny whose origins have been lost to the tides of time.

First Death is a short story set in AD Starrling's bestselling supernatural thriller series Seventeen. If you like high-octane adventures that combine science and fantasy, then you'll love the world of Seventeen.