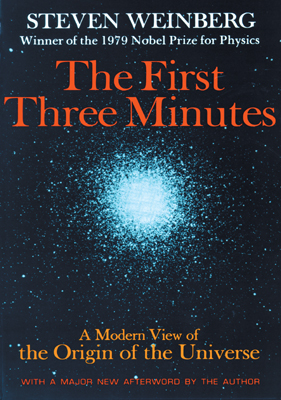 This classic of contemporary science writing by a Nobel Prize-winning physicist explains what happened when the universe began, and how we know. According to the latest cosmological knowledge, Weinberg describes the universe as originating in fractions of a second. He divides the early universe into six frames, some lasting less than a second while others extend for more than a minute, and details the incredible energetic reactions that took place within each frame. This is an excellent primer for anyone interested in the beginning of the world by one of our best science writers.
From the Big Bang to string theory, dark matter to the theory of relativity, this book covers a range of fascinating subjects written in language that will apeal to science enthusiasts and general readers alike.