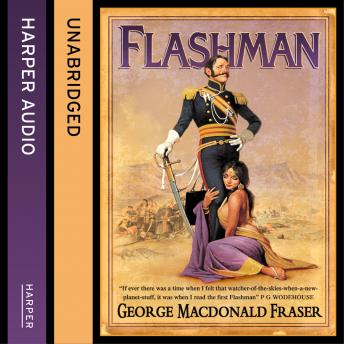 Flashman, soldier, duellist, lover, imposter, coward, cad and hero, triumphs in this first instalment of The Flashman Papers. His adventures as the reluctant secret agent in Afghanistan and his entry into the exclusive company of Lord Cardigan's Hussars culminate in his foulest hour - his part in the historic disaster of the Retreat from Kabul.

This is the story of a blackguard who enjoyed villainy for its own sake. Shameless, exciting and funny, Flashman's deplorable odyssey is observed with the cynical eye of a scoundrel who was honest only in reporting what he saw. He makes all other black sheep look respectable grey.