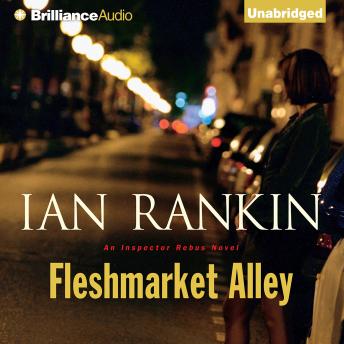 Inspector John Rebus has confronted Edinburgh's most hardened criminals, its bloodiest crime scenes, and its most dangerous backstreets - but nothing could have prepared him for what he finds on Fleshmarket Alley. In the city's red-light district, men live out their sordid fantasies, and women with no other choice sell their bodies to make a buck. It's a neighborhood of lost inhibitions, forgotten scruples, and hopeless dreams. In its seediest clubs, refugees seeking asylum are subjected to the whims of the most ruthless characters in the crime world - men Rebus knows all too well.

This title is due for release on February 2, 2005
We'll send you an email as soon as it is available!