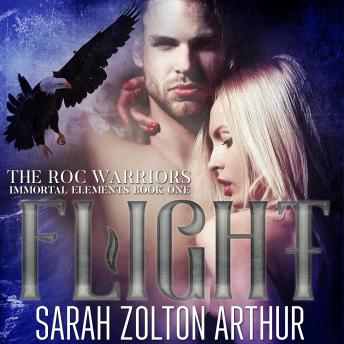 There's more to life than what meets the eye... and it's what you can't see that should scare the hell out of you.

Meena Anthony is a volcanic researcher sent on location to the Canadian Rockies to find out why a once-classified dormant volcano started giving off some pretty disturbing readings. While doing her research she finds out that her problems are bigger than a rumbling mountain. Meena finds herself in the middle of a war with creatures she never even knew existed. Bird shifters? Wolf shifters? What the hell is going on here?

When she meets Shadow of the Roc, an eagle-shifter claiming to be her destined mate, things take a turn for the weirder as she certainly doesn't expect him to be something other than human. If that’s not bad enough, their pairing has tensions rising among other immortals leading to crumbling treaties with the wolves and mounting aggression from the ravens.

Fate, however, isn't done with them. From those stirring volcanoes to quakes, tsunamis, and wildfires. At the rate the world is falling apart, will anyone survive?

This title is due for release on April 18, 2020
We'll send you an email as soon as it is available!