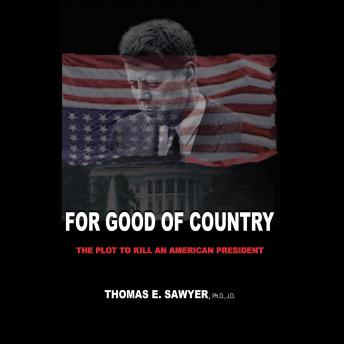 For Good of Country: The Plot to Kill an American President

Why did the United States Government find it necessary to sequester pertinent information about the assassination of President Kennedy all these years (fifty-four years)? Did the U.S. Government leadership fear some catastrophic reaction, by the American people, in the immediate aftermath of the assassination; if the realities of the Kennedy assassination were different from the official findings of the Warren Commission Report? Moreover, if the assassination scenario was exactly as depicted by the Warren Commission findings: i.e., a straightforward account of Oswald (alone) shot Kennedy, Ruby (alone) shot Oswald, and there was no conspiracy, why was it necessary to “stash away” the “ JFK files” for more than half a century?

For Good of Country: The Plot to Kill an American President

This title is due for release on July 8, 2020
We'll send you an email as soon as it is available!