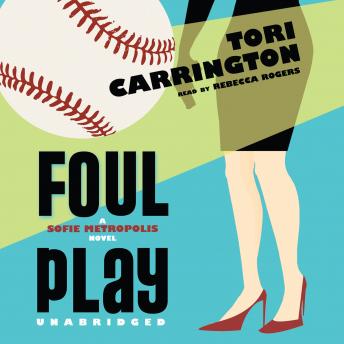 After shooting one of her own clients and accidentally getting involved with the mob, Sofie Metropolis is finally starting to get the hang of the PI business. She's just landed her first high-profile case. A local Astoria girl has made good by marrying an up-and-coming South American pitcher who has just been signed by the New York Mets. Reni Venezuela's good looks and charm-not to mention his fastball and his slider-are bringing hordes of fans to Shea Stadium. But despite his stellar record, Reni's wife insists something's wrong with her husband. Can Sofie find out what? Meanwhile, romance and all its complications are heating up for Sofie. But while the Mets steamroll toward the pennant race, Sofie must tail Reni and hope that whatever she discovers-steroids or an affair?-won't cost her beloved Mets the Series.