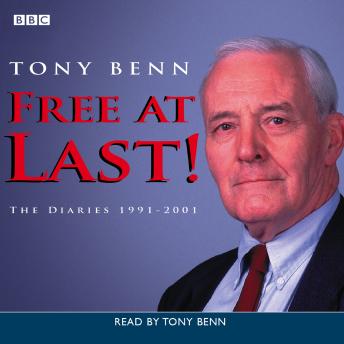 Tony Benn's diaries began in 1940, and have been compared to those of Pepys in their detail, scope, and accuracy. This volume brings them right up to date, covering the Gulf War, the rise of New Labour, international repercussions of American foreign policy, and reactions against it.Read by the author himself, here is Tony Benn's record of the recent history of British politics, comprising three wars, three general elections, six party leaders, and two Prime Ministers. Political observations are entwined with a moving account of family life.
Chronicling his final decades as a Member of Parliament, the diaries encompass political events, gossip, and entertaining observations. The focus is on the years leading up to his retirement, his anxiety about whether or not to stand again, and his great sorrow when his wife Caroline is diagnosed with cancer. Throughout, his honesty and integrity shine through.