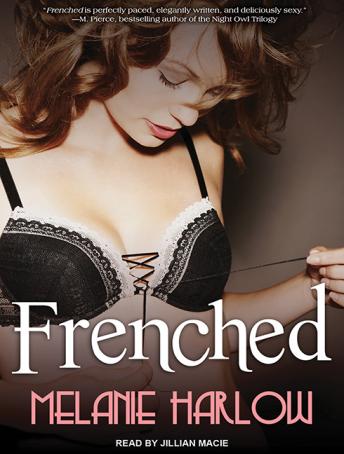 When Tucker Branch, playboy heir to Branch Bolt and Screw, screws and bolts a week before their wedding, Mia Devine wants nothing more than to crawl under her newly monogrammed sheets and plan a funeral for her dignity. But her friends convince her that bitter tastes better when it's drowned in Bordeaux, so Mia grits her teeth and packs her bags, determined to make the best of her luxurious Paris honeymoon-alone.
She never planned on meeting Lucas Fournier. The easygoing bartender's scruffy good looks and less-than-sympathetic ear annoy her at first, but when she takes him up on his offer to show her around the city, she discovers that the romance of Paris isn't just a myth.
The last thing Mia needs is another doomed love affair, but since she only has a week, she figures she might as well enjoy her time with Lucas while she can. But each day-and night-with Lucas is better than the last, and suddenly her heart is telling her that this is more than a rebound fling.